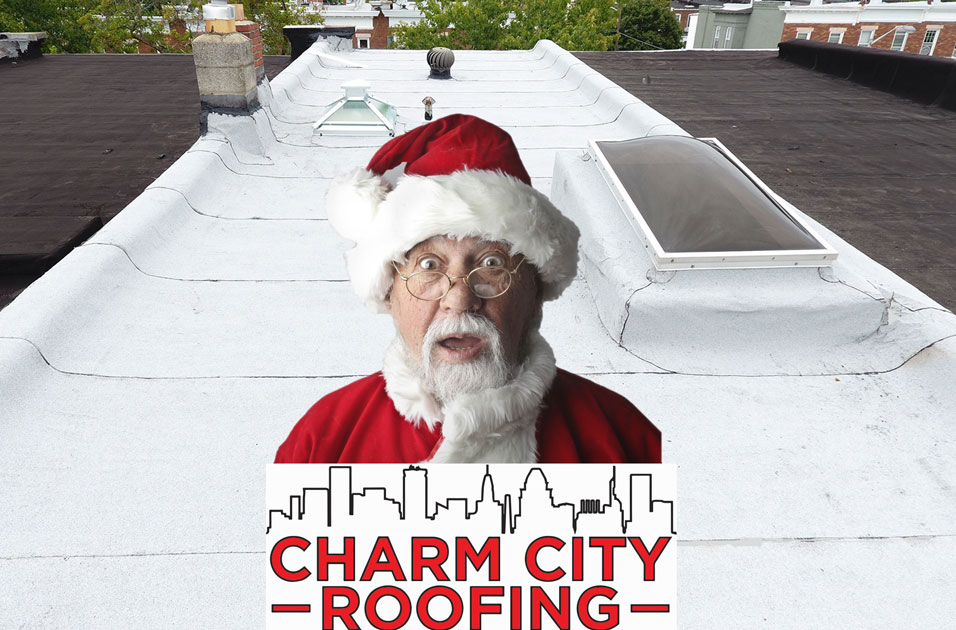 As the weather grows colder and fanciful notions of a jolly, old, fat man bearing gifts are once again revisited, the occasional child may ponder: “How does Santa’s sleigh balance on a sloped roof?”  “Magic,” we tell them. After all, surely a man of his plump proportions — with the ability to squeeze down a chimney — can manage to keep his sleigh under control on a roof!  A truly inquisitive child is unlikely to be satisfied by such an explanation, and may go on to theorize, “Maybe Santa would like it if we had a flat roof.” 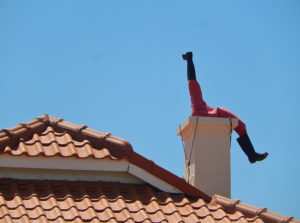 Wouldn’t Santa Prefer to be on a Flat Roof?

Beyond improving rooftop accessibility for Santa, why put a flat roof on a home or building?  Do flat roofs have issues with leakage and rot? Are flat roofs easier to maintain?  How easy is it to replace flat roofs when the time comes?

As it turns out, there’s an abundance of reasons for flat roofs.  For one, a flat roof provides more usable space! You could plant a rooftop garden, install solar panels that aren’t so noticeable to passersby, or host a Santa-watch-party on Christmas Eve – complete with bonfire and eggnog.  (Note that these uses may require a number of safety considerations, such as reinforced construction, to protect the roof against increased foot traffic .) 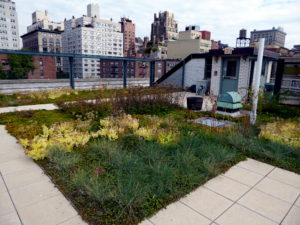 Extra usable space on a flat roof allows for many possibilities, such as this Green Roof.

Don’t forget about the aesthetic value!  If you live in an area with particularly lovely views, whether a snow-topped forest or a glittering cityscape, fear not! Flat roofs provide unique lines of sight and views in ways that sloped roofs might not.

With regards to popular maintenance concerns – a properly constructed flat roof is no more prone to water damage than a sloped roof.  Sloped roofs are specifically designed to shrug off rain and snow (much like a duck’s back), but a properly installed and maintained flat roof will still do its job of warding off the elements.

Issues with pooled water (ponding) and subsequent leakage commonly associated with flat roofs usually stem from poor construction, not an inherent flaw in concept. In fact, “flat” roofs aren’t all that flat in the first place.  While they are level enough to adequately support utilities like HVAC units, flat roofs are actually pitched at least ¼” per foot. They slope in one of two ways in order to resolve the issue of water drainage – perimeter slope and interior slope. 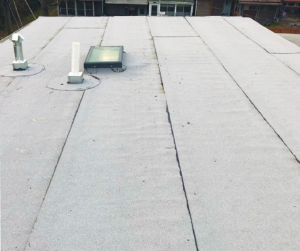 Homes with flat roofs are common in the Baltimore, MD area.

Perimeter-sloped flat roofs lead water to drainage outlets, either gutters or scuppers, on the edge of the building. These outlets direct water from the roof to the ground via the outside of the building.  Interior-sloped flat roofs, most commonly seen on large commercial structures, rely on central drains. Interior drains act much like a typical shower drain. They take water through the roof ( usually at a central location) and drain it into pipes beneath the roof. This method keeps water away from walls and the building’s foundation.

Perimeter-sloped drainage requires less hardware and plumbing, which gives it an edge on up-front costs. However, these systems can be susceptible to more required maintenance and offer less control of drainage flow.

Interior drainage, with its roof-through design, has the benefit of being less susceptible to freezing, clogging, and foundation water damage. However, considerations have to be taken to determine the number of drains needed for a given size roof, and some maintenance issues can require professionals.

Typically, when we think of roofs, we think of shingles.  Flat roofs, however, effectively have to act as pool liners. Shingles only work on sloped roofs, and don’t have the waterproof characteristics that flat roofs need.

As far as the materials used to construct flat roofs, recent developments in roofing technology allow a flat roof to have very few layers and are specifically designed to deal with the issues of water retention. This means two things: replacing one that’s near the end of its tenure is no longer the trial that it once was, and weatherproofing is just as good (or better) than pitched roofs.

If that’s the case,what are common materials for flat roofing?

Built Up Roofing: Built up roofing (or BUR) is one of the oldest types of flat roofs. Alternating layers of roofing felt (often made from fiberglass), hot asphalt, and a top  layer of gravel creates multiple tiers of protection that keep out water and repel harmful sunlight.  BUR is highly affordable and long-lasting, and the numerous layers mean that even if one should fail, there’s always another layer beneath.

Single Ply Membranes: Single Ply Membrane roofs use either a type of rubber sheeting or thermoplastics.  These membranes are watertight, puncture-resistant, and tough enough that you only need a single layer to thoroughly cover your rooftop.  Taping it or cementing it at the seams will do the drink. Plastics are resistant to penetration, fire, and UV rays. Application method varies based on the type of plastic. Polyvinyl chloride is hot-welded or taped at the seams. Thermoplastic polyolefin comes in a stick-and-peel form which requires a heat gun and fasteners.

Modified Bitumen: Modified bitumen combines conventional weatherproofing materials such as asphalt with structured polymers (like atactic polypropylene and styrene butadiene).  This results in layers, much like BUR, but requires less mess and fewer layers. Modified bitumen is usually placed over sheets of fiberglass or polyester mats.  The final product is highly puncture resistant and affordable.

In the end. flat roofs provide far more than a comfortable landing zone for Santa and his sleigh.  They have applications ranging from large commercial buildings to residential homes. Flat roofs generally require fewer materials to construct. Typically, they also allow for more usable space both in and outside of a building. A range of types, materials, and purposes, make flat roofs a diverse option that can cater to any building’s needs. See some of our services, including flat roofing here!

Roof Inspection vs. Roof Estimate – What to Expect from Each

Roof Inspection vs. Roofing Estimate:  What to Expect from Each and How They Differ  …

Financing a Roof: Know Your Funding Options and Resources   When it comes to your…

IMPACT RESISTANT SHINGLES Picture this: it’s the middle of the night, and there’s a storm…